Television actor Nakuul Mehta and singer-wife Jankee Parekh have welcomed their first child- a baby boy. Jankee gave birth to their child on February 3. Today, Nakuul took to his Instagram handle to share the news with his fans. He shared an... 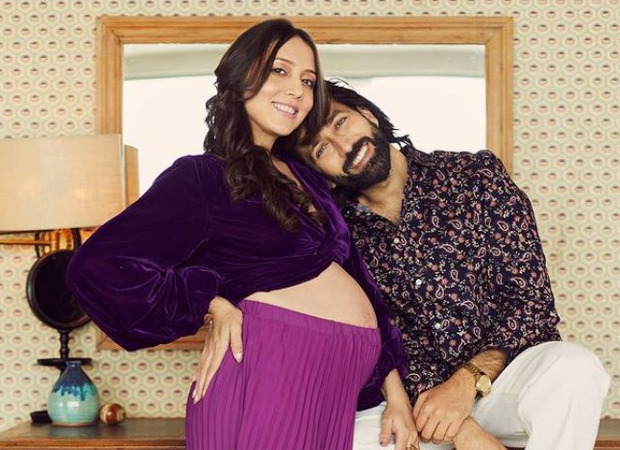 Jankee gave birth to their child on February 3. Today, Nakuul took to his Instagram handle to share the news with his fans. He shared an adorable picture of their baby's tiny hand clinging onto Jankee's hand and mentioned that they welcomed him on February 3.

“February 3, 2021 This is us Grateful and sleepy in equal measure. *Ing: @jank_ee & him,” the Ishqbaaaz star wrote alongside the photo.

Nakuul and Jankee who got married in 2012 had announced their pregnancy with an adorable post on social media. They had shared a video recalling their journey together from being childhood sweethearts to the big announcement.

Nakuul is best known for his roles in Ishqbaaaz and Dil Boley Oberoi. He made his debut in television with the show Pyaar Ka Dard Hai Meetha Meetha Pyaara Pyaara. He's also featured in web-shows such as Never Kiss Your Best Friend and Bae Control.

ALSO READ: Nakuul Mehta and Jankee to become parents; says their quarantine was not boring at all A hundred per cent removal of lockdown two weeks after May 4 -- that tops the the...

Ever since Ramanand Sagar’s 1987 television series Ramayan was re-run on television...

Saroja and her three friends walked around a kilometre on Friday in scorching heat...

Airtel Reportedly Lost About 30 Lakh Customers in J&K Due...

Entry curbs cut crowd by 30 per cent at Azadpur

"No One Should Violate Lockdown": Yamraj On UP Streets...

''Yamraj'', worshipped by the Hindu community as the "god of death", roamed the...

The Delhi government will give 2,000 food coupons each to every MLA and MP in the...